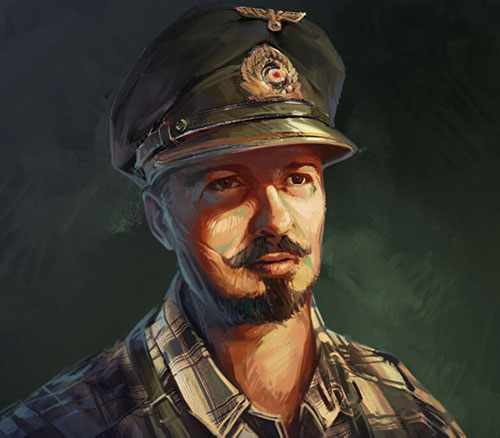 Artur is a veteran gamer and a videogame journalist with more than 20 years of experience. He became exposed to video games at an early age, and later continued to diversify his hobby by engaging in a wide variety of board games, RPG systems, miniature games, etc. Artur has always been fascinated with martial arts, weapons, military history and technology, and all those subjects have strongly influenced the choice of games he has played throughout the last two decades.

As Artur enjoys dismantling game systems for analysis, he has written countless game guides throughout his journalist career, primarily for fighting games and tactical shooters. Those were also the genres he would review most often. Prior to becoming a full-time game designer, he also worked as an English teacher, a translator, and a national cultural institution employee. He still writes videogame reviews for the PSX Extreme magazine, although not as often as he used to.

From the design perspective, Artur believes in innovation. He is convinced that there are already enough games that do things the usual way, and that in order to capture a potential buyer’s interest, a game has to have something that has not been achieved before. Consequently, he is not afraid of experimenting and transcending the borders between genres to attain his design goals. He believes that a great game consists of a finely balanced blend of great theme, presentation and mechanics, coupled with skill-based gameplay and solid replayability, inciting the player to refine their skills and allowing them to enjoy the experience for a long, long time.

In his spare time, Artur cooks and practices martial arts. His curriculum includes Capoeira, Xingyiquan, Sistema and Krav Maga. As regards cooking, he specializes in street food and the most popular dishes of Mexican, Korean, Italian, Greek, American, Vietnamese, Indian, and Thai cuisine.

Artur’s dream is to finish designing his two big games: a ninja game, and a modern battlefield war game. Both of these have been a long time in the making, but maybe they will see the light of day in the future.